A Date with the Desert 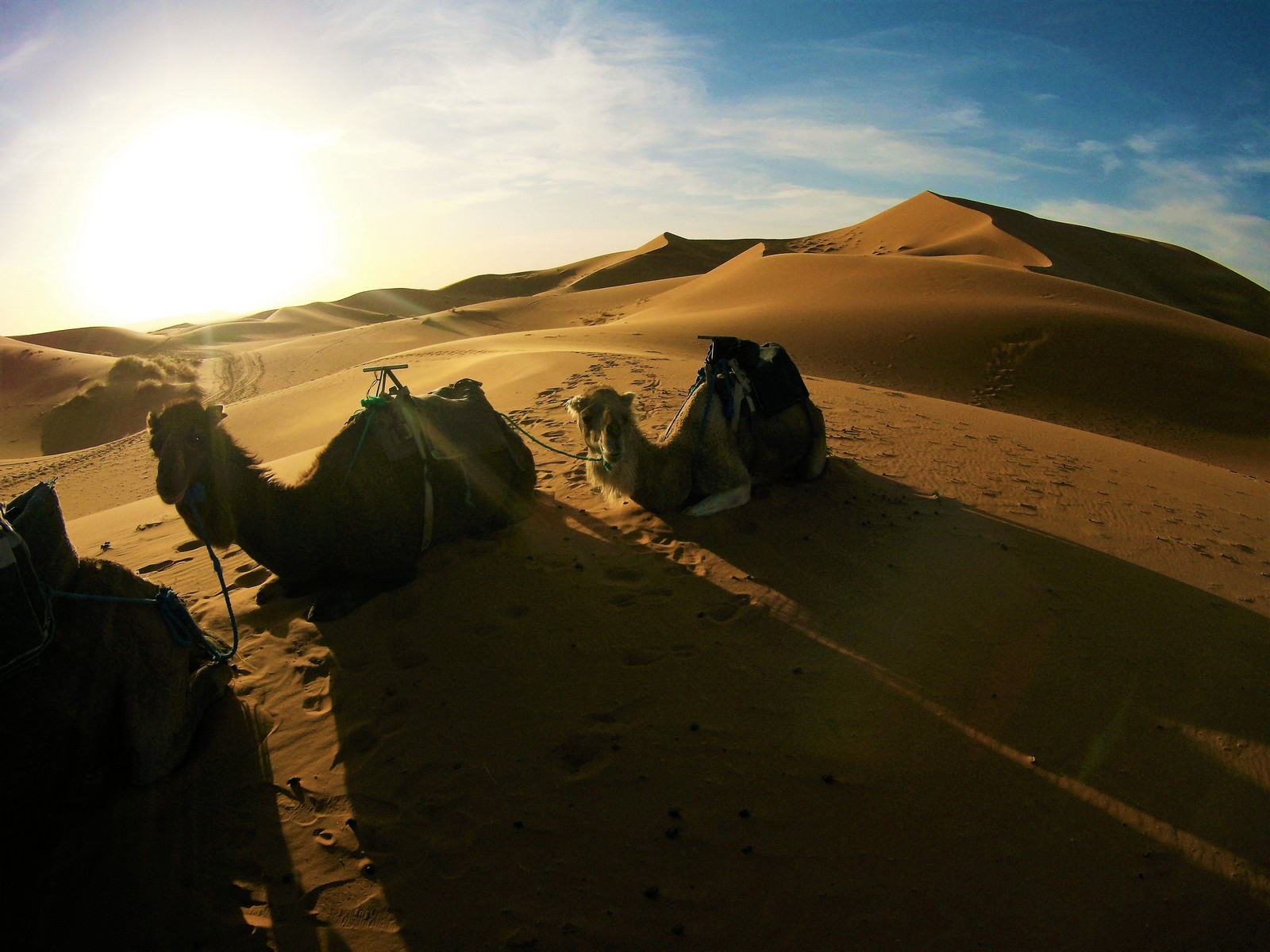 29 Apr A Date with the Desert

Deprecated: The each() function is deprecated. This message will be suppressed on further calls in /home/myfuelforlife/public_html/wp-content/plugins/js_composer/include/classes/core/class-vc-mapper.php on line 186

On Tuesday I woke up early with butterflies in my stomach because I had a date with Sahara desert planned for the next day. For the first time after a few years, I booked a group tour to see a part of the country. I made the booking through Riad Dar Radya, where I stayed. I wasn’t thrilled about it, for sure. But with the distances, a long list of must-sees and only a week left in Morocco, it was the wisest thing to do.

A five-hour scenic drive through Atlas was filled with oriental music and warm air. It was interesting to observe how the landscape changes its colors from green to rock grey and sandy at the end.

This scene was used for filming movies like Gladiator, The Mummy and lastly series of Game of Thrones. It was hot as hell, so we got to experience the real desert.
After a short drive, we jumped out of the non-air-conditioned minivan in ‘Oualywood’. City officially called Ouarzazate was our door to the desert and last stop before the traditional dinner. Or at least as much traditional as things on an organized tour can get.

One beauty sleep later we continued our way towards the dunes and oases of Sahara.

The sand castles along the way gave us a sign, that we are getting closer. Since we still had enough time before sunset, we stopped in Todra Gorge and nearby city Tinghir. We took our time to drink Berber whiskey (a.k.a. mint green tea with lots of sugar) and stroll among the shops selling the ultimate things for the desert.

We all bought scarves, made out of a “special” material to beat desert heat and sand storms. Sellers recommended blue ones, as this color is supposed to best protect against the heat. Of course, the whole group then had a headband in the same color, so anyone could tell, we are traveling together 😅

Finally, we got to climb into our saddles.

Accompanied by blue-robed guides we followed the paths of the old camel caravans, watched the sunset from the top of the highest dune and fell asleep under millions of stars in a nomad camp. Those who say that night has it’s charms are right. Combination of drums and starry sky worked the magic and Sahara seduced us all.

Today we got up early to catch the sunrise over the sand sea.

Camels were again our 4WD, helping us to escape the desert heat on time. The driver took the last picture of a multinational group before hitting the road across the mountains.

As much as I didn’t like the idea of a group tour, I must admit it wasn’t so bad. It was nice to say more than just a brief ‘hello’ to a fellow traveler. I did get a bit of a tourist in me in those three days, but now I’m back to pristine solo traveling.

Before I hit the Atlantic coast I am making a stop in Marrakech, which will be my starting point towards Essaouira, the Wind City.

Thank you so much for reading!

Date with the desert, gluten free, Group tour, Merzouga, My fuel for life