Amsterdam in three hours (with costs)

I was traveling to the Netherlands for business for two days. On the last day, we finished early. There was a bank holiday the next day, which meant more traffic around and at the airport than usual. I didn’t want to go by car to Amsterdam, so I decided to skip the city hopping and head straight to the airport. Then I remembered, that the city center and the airport are very well connected with train, so Amsterdam was virtually just a train ride away (2 stops, to be exact). In addition, I figured out there is no lounge at the airport, to which I could enter with my Frequent Flyer status. 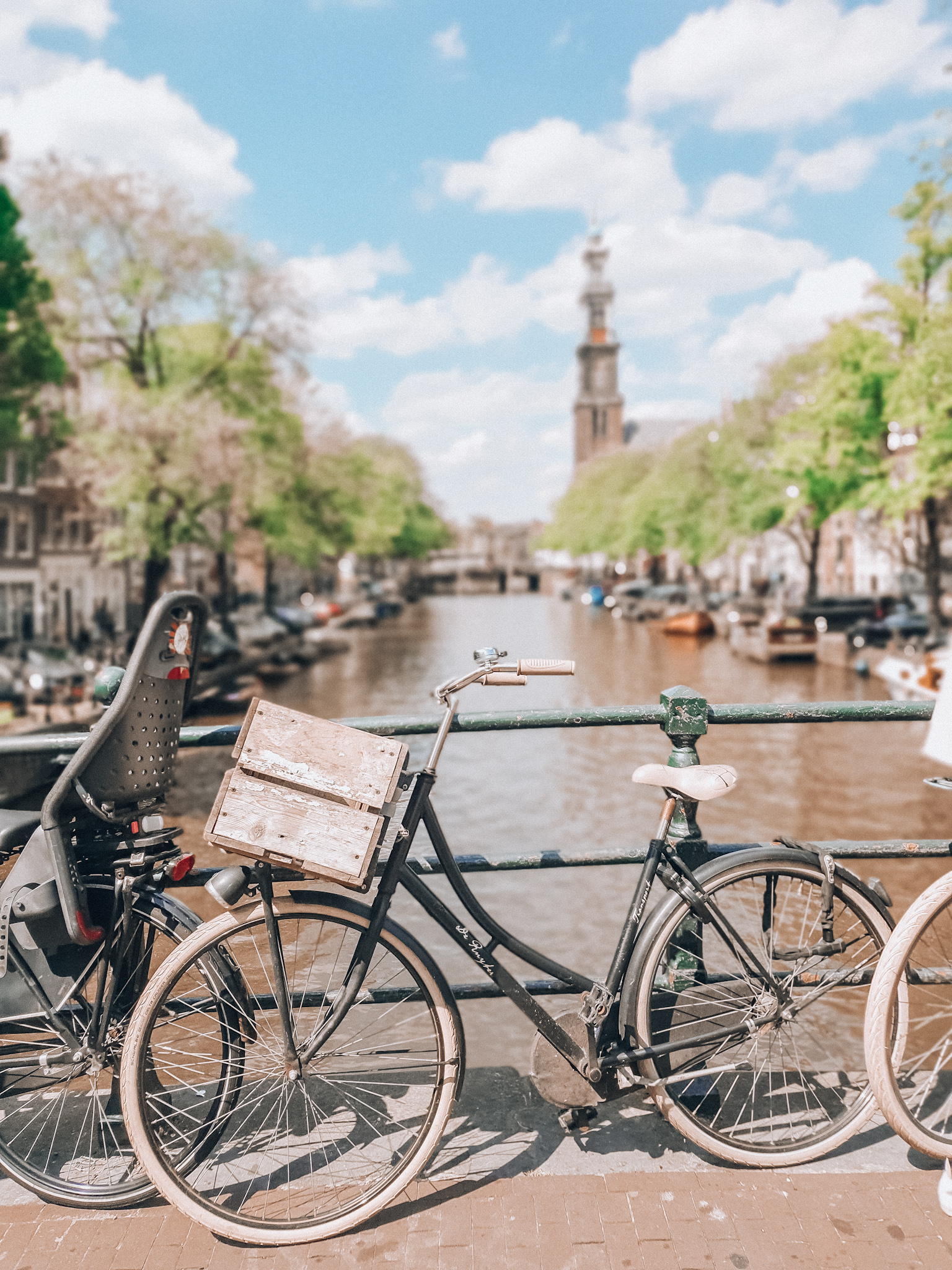 It was decided, I had a new plan. I am going to see Amsterdam! 🤩 I didn’t want to go to the city by car, so I first returned the brand new Volvo V60 I got at Sixt when a lady at the counter gave me a nice free upgrade. It was a pity because the car was nice… But I would have to return it eventually anyway 😉 And traveling by train rather by car was a smart move.

The car was returned and it was time to ditch my bags as well. I had a suitcase, a laptop bag, and a handbag with me. Luckily there’s very practical baggage storage at Amsterdam Airport (click here to see actual prices and locations). The alternative would be to leave the bags at Amsterdam Centraal train station.

After I got rid of bulky stuff, that would slow me down on my excursion, I bought a return train ticket (click here, if you want to buy yours). Two minutes later I was already sitting on the train and on my way to a new adventure.

Since I didn’t have any lunch in the office, I first wanted to find something to fill my stomach. McDonald’s was the closest one but it left me empty handed. Apparently, not all McRestaurants serve gluten-free cheeseburgers in the Netherlands – at least not in Amsterdam. Next stop (and last, in terms of gluten free lunch) was Croque Madame Gluten Free Food. Well, I again left hungry, because the restaurant was not open for 3 hours still. But searching for this restaurant did bring me to the famous Red Light District, which is a world-wide known part of Amsterdam. It offers indeed an interesting window shopping 😁

WWII is not the most interesting topic for me, but I still wanted to visit the house of Anne Frank. As I didn’t really plan this visit in advance, I could only see the building from the outside. You can only buy tickets online and then visit at the selected hour. At the time of my visit, the next three days were sold out.

Just a few steps away from Anne Frank Huis, there’s the cutest berry shop – Polaberry. I got my “lunch” there – pack of fresh strawberries and a strawberry dipped in chocolate and covered with pink crystal sugar. So photogenic, that it was almost too bad to eat it! For picture purposes (I know, don’t hate me…) I also got a unicorn cake-pop, that contains gluten. The unicorn survived Amsterdam tour and the flight back to Slovenia and made it to Anže. He said it was as delicious as it looked like 😉

Several pictures later I was still hungry and already in a hurry. I was running out of time, but there were still some things I wanted to see and do. I hurried in the direction of the train station – I wanted to go on a canal tour in that area, to be able to then quickly go to the train, after the tour was over. On the way I picked up a snack – famous ‘frituur’ – from a guy, that explained how food is prepared in terms of gluten. Great guy, great fries! Exact location pinned below on the map.

Already when I came from the train station I “pinned” the canal tour I wanted to take. Since this one was the cheapest one (12€, when others were 16€ or more), of course, other people had the same idea. When I arrived at the ticket office, I was already running a bit late (counting, that the tour will take one hour). The boat was full and the next one would leave only in about 20 minutes… That was too late for me… I almost thought that the tour will not happen for me this time, when I noticed on the next pier, that the boat still has empty seats and will leave in a minute. The captain and the ticket guy were nice enough to notice my running towards them and waited with the departure. Thanks a million to them! Tour did cost the 4 extra euros, but it was worth it – the boat was not completely packed as the other one, so we all had our own bench.

Tour was very nice – I sat by the window and intentionally I chose the one that would slide open. Why? Yes, it was warm, but that was not the reason. If you know me just a little bit, you know that taking photos (lots of them) is what I do 😉 So the reason was I wanted to avoid having a reflection from the glass window. But it was also nice to feel the breeze 😉 I also liked the audio guide – it was informative but not boring. 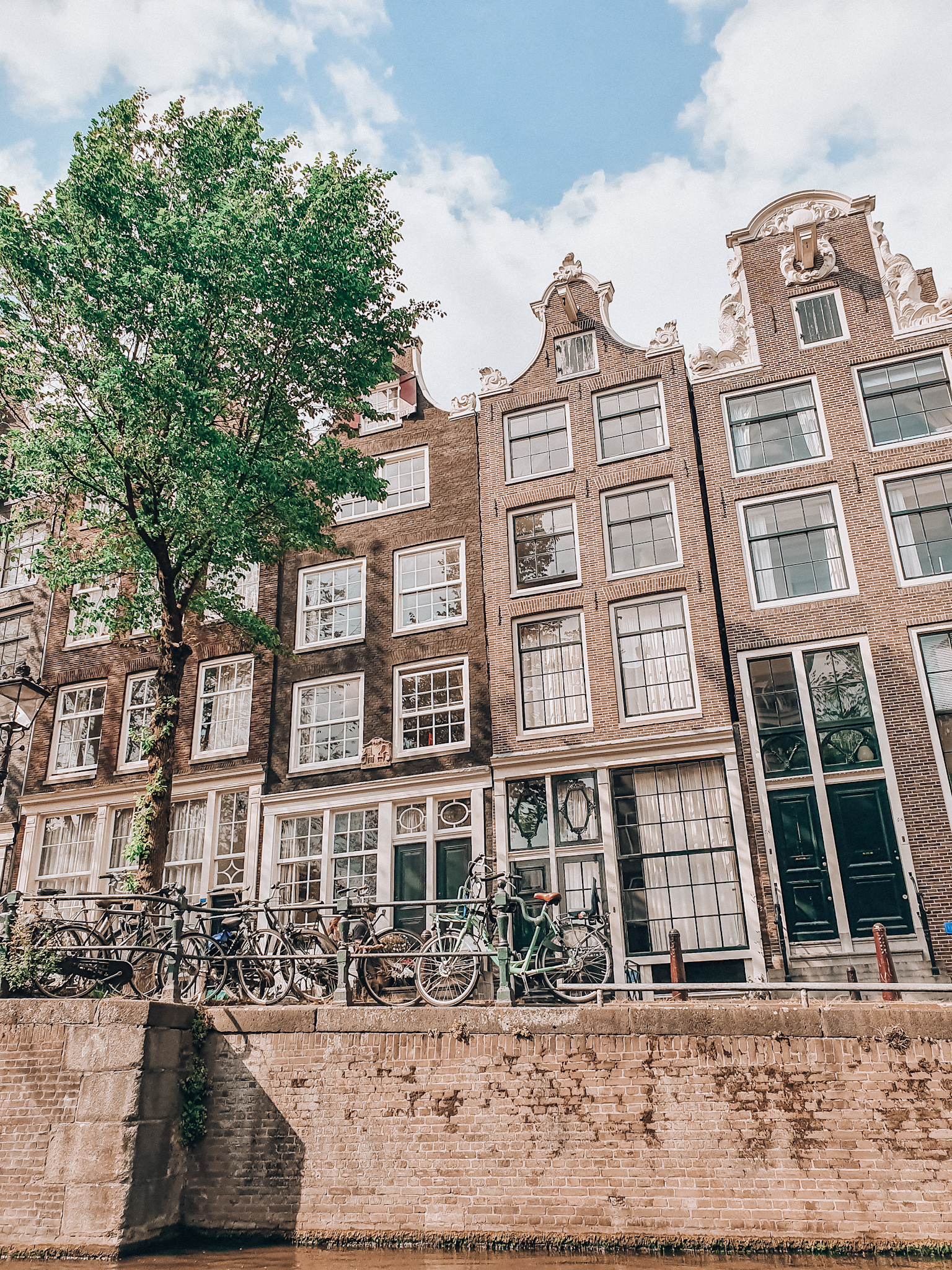 If I had more time in the city, I would probably take a hop on – hop off combined ticket. The combined ticket includes boat and bus and it costs 28,00 €. If you buy them separately (bus or boat), the price is 25,00 €.

What you maybe noticed is, that there is no mentioning or any photos of the famous I Amsterdam sign. The sign is no longer at its old location (in front of Rijksmuseum), as it became one of the hottest selfie spots in the city (promoting mass tourism).

Here you can see the boat tour route I took and points of interest in Amsterdam:

return train ticket with 1,00 € surcharge for printed version (bought on ticket machine at the airport)

SOMETHING SWEET (and photogenic)

Thank you so much for reading!